A Survey Trip with Eco Endeavors

A Trip With Eco Endeavors Adds to the Story

A recent tour out of Goodland provided dramatic new evidence supporting our hypothesis concerning the way dolphins are distributed in Southwest Florida.

On February 10 Robyn and I took a 3-hour ecotour with a family owned company called Eco Endeavors that operate out of the Goodland Boat park. We have conducted several surveys in the area on our boat but sometimes it pays to avail yourself of the local experts so we decided to give Eco Endeavors a try. Good choice – besides their professionalism, Eco Endeavors offers something to visitors that is subtly but essentially different from what many tours offer – though they operate in the same waters they, their local knowledge is such that they can offer an experience that you wouldn’t or couldn’t pull off on your own. 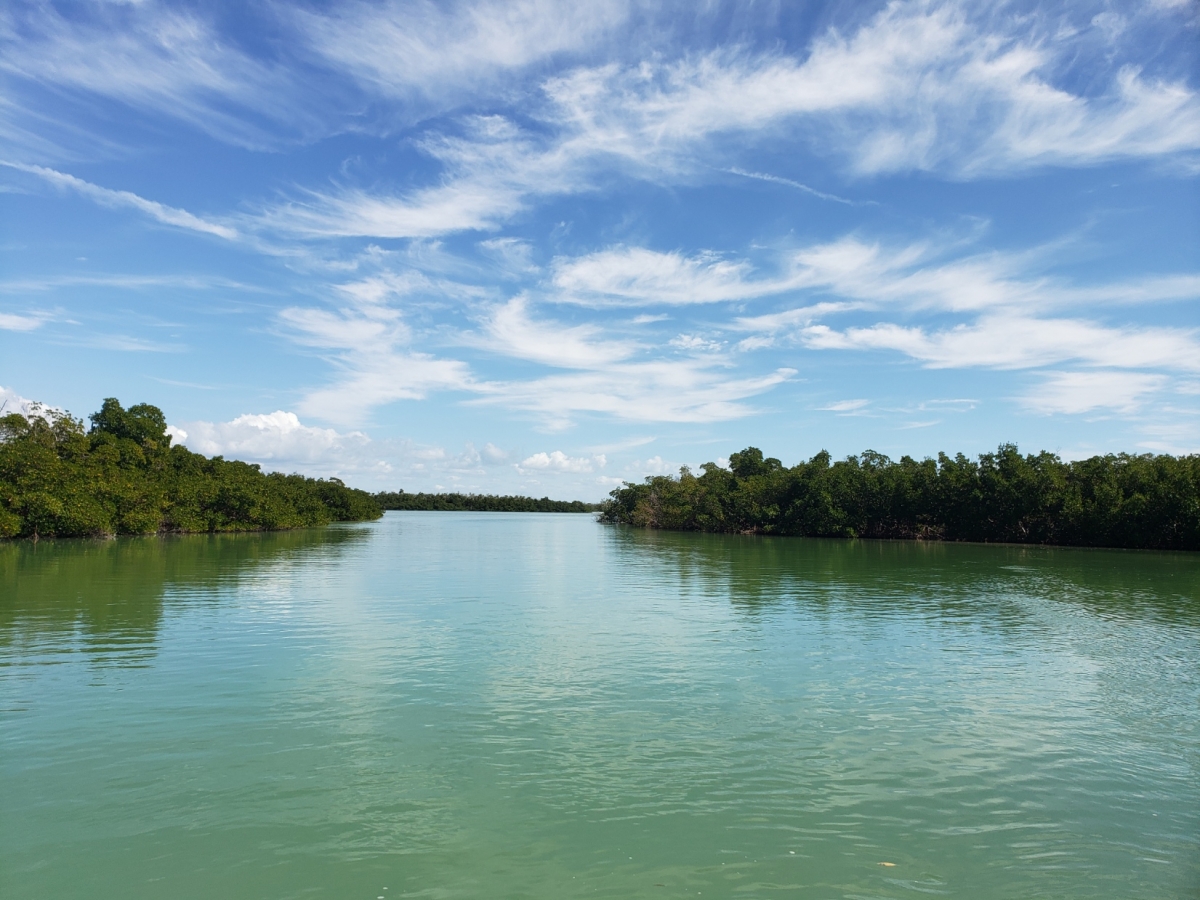 Our captain Sarah was all that you could hope for in a guide introducing you to The 10,000 Island Wilderness Preserve – someone who is a delight to spend time with, an excellent boat handler and possessed of an easy familiarity navigating tricky local waters. And she topped out pretty high on the nerd scale. How do I know this – well she confessed during the trip that she and husband’s favorite board game of late is Wingspan which involves building an aviary, keeping in mind the habitat needs of the birds you seek to attract into your wildlife preserve. See what I mean, not exactly monopoly – that is some next level nerd stuff. No judgement here – like I said that is exactly the sort of curiosity and passion you want in a naturalist guide, someone who can share fascinating details as well as give a broad overview. 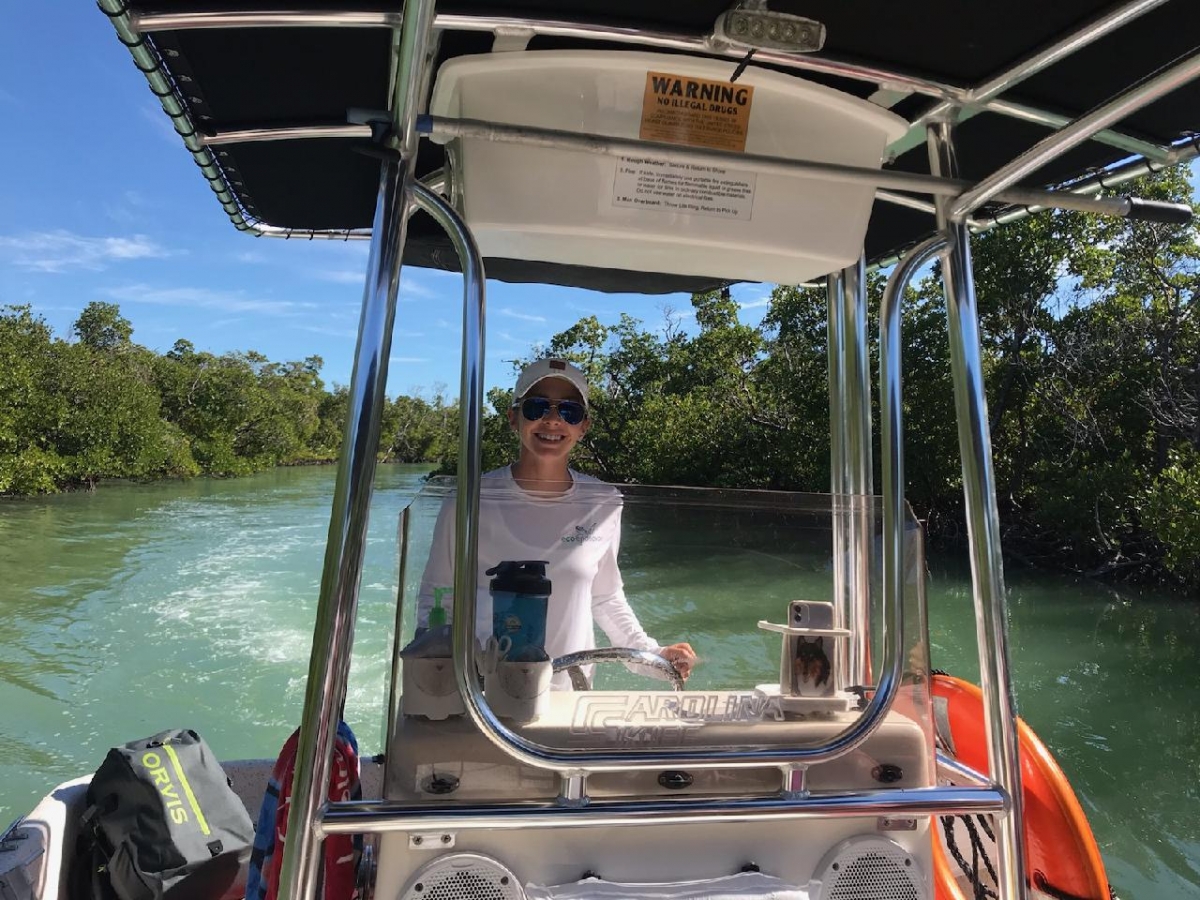 Naturalist Captain Sarah of Eco Endeavors at the helm

We did see some cool birds along the way like a magnificent frigate bird soaring above us, this juvenile northern gannet that is a rare sighting indeed and this Osprey that snagged himself a sheepshead for an early dinner. 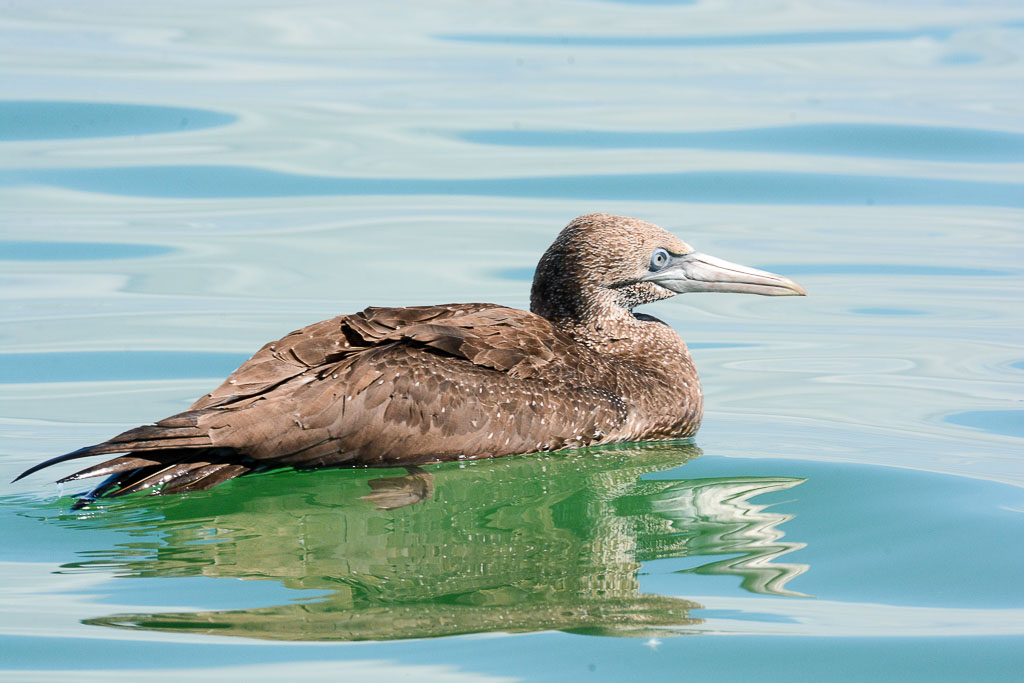 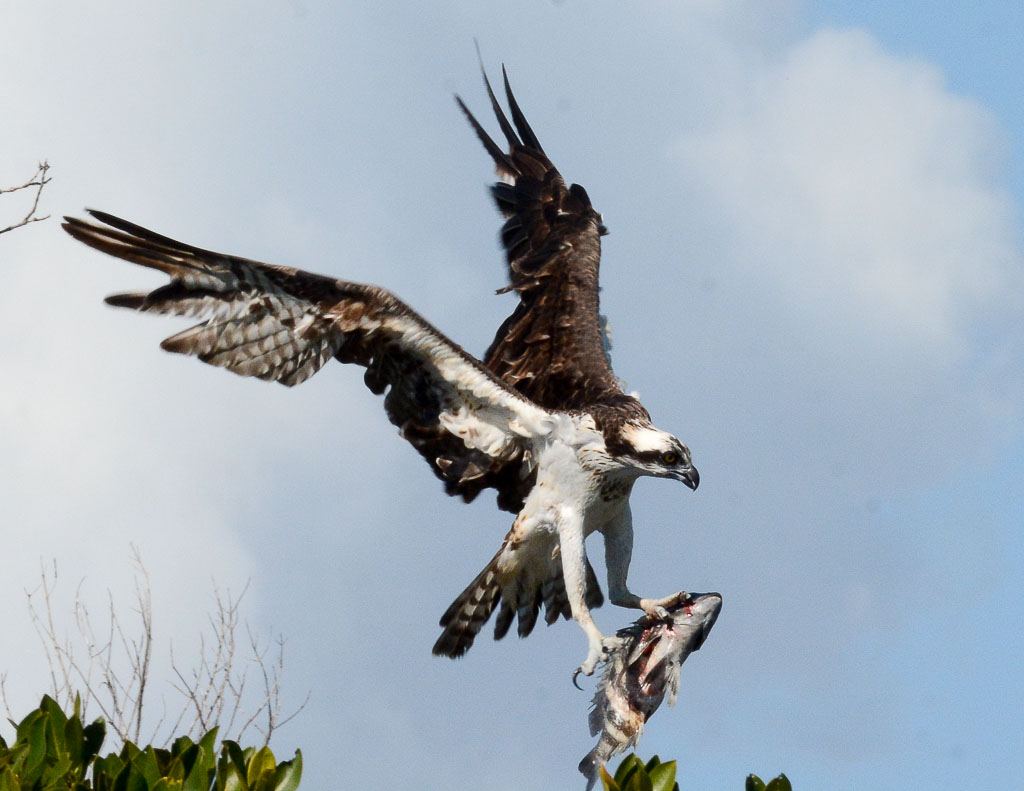 An osprey takes his dinner to a safe perch.

But, for me the revelation was the dolphins.

If you have had a chance to check out The Distribution of Dolphins in Southwest Florida Story map on this site then you will know that I outline an hypothesis that there are essentially three different overlapping communities of dolphins in the vicinity of Marco Island – a community on the north end of the island centered around Big Marco Pass that generally stays to the backwaters, a second community on the southern end of the island centered around Goodland and Coon Key Pass that also largely confines itself to the mangrove fringed backwaters and a third community that keeps to the near shore waters of the open Gulf of Mexico. Much of the data that informs this hypothesis came from the many hundreds of surveys we have conducted in Area One, the northern end of the island.

On this recent trip with eco endeavors we surveyed the area where the proposed Goodland community lives (Area Four of The Dolphin Study) and the near shore waters of the open Gulf where a third population lives (The Dolphin Study’s Area Two).

We encountered three groups of dolphins. Two were in Coon key Pass (the heart of the proposed Goodland community) and the third was just off the coast of Cape Romano south of Marco (the proposed Open Gulf community). Here a group including mothers and calves congregates in the gulf off Cape Romano Island. 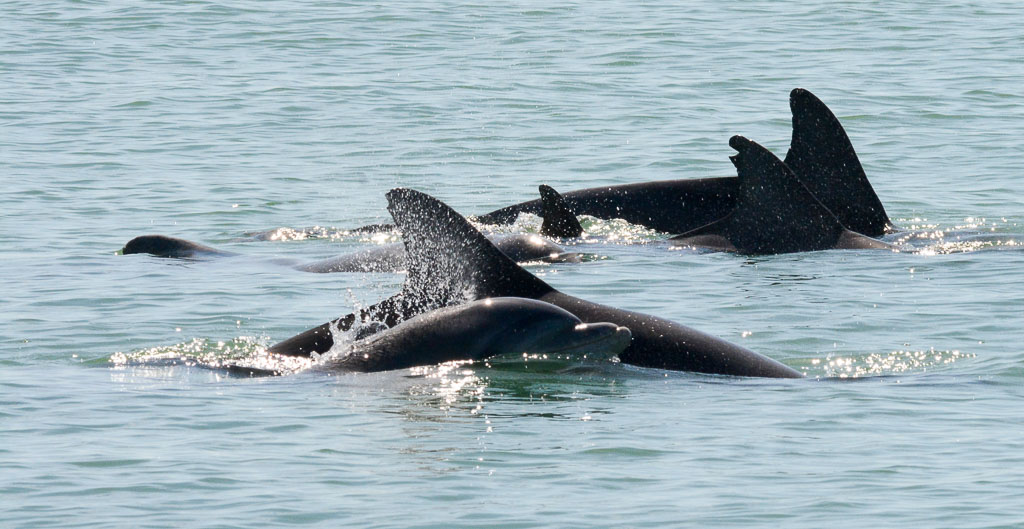 The astonishing thing was that all of the dolphins were exactly where they were ‘supposed’ to be if the hypothesis I just described is correct.

Of the 19 different dolphins from the two sightings in Coon Key Pass near Goodland, I was able to identify 10 from previous surveys. One such dolphin, a female named Tripod, I had recorded on four previous occasions going back to 2012. Each of these sightings was within the boundaries of the Goodland community. In the past 15 years she had never appeared in any of the hundreds of surveys on the north end of the island (The Dolphin Study Area One). 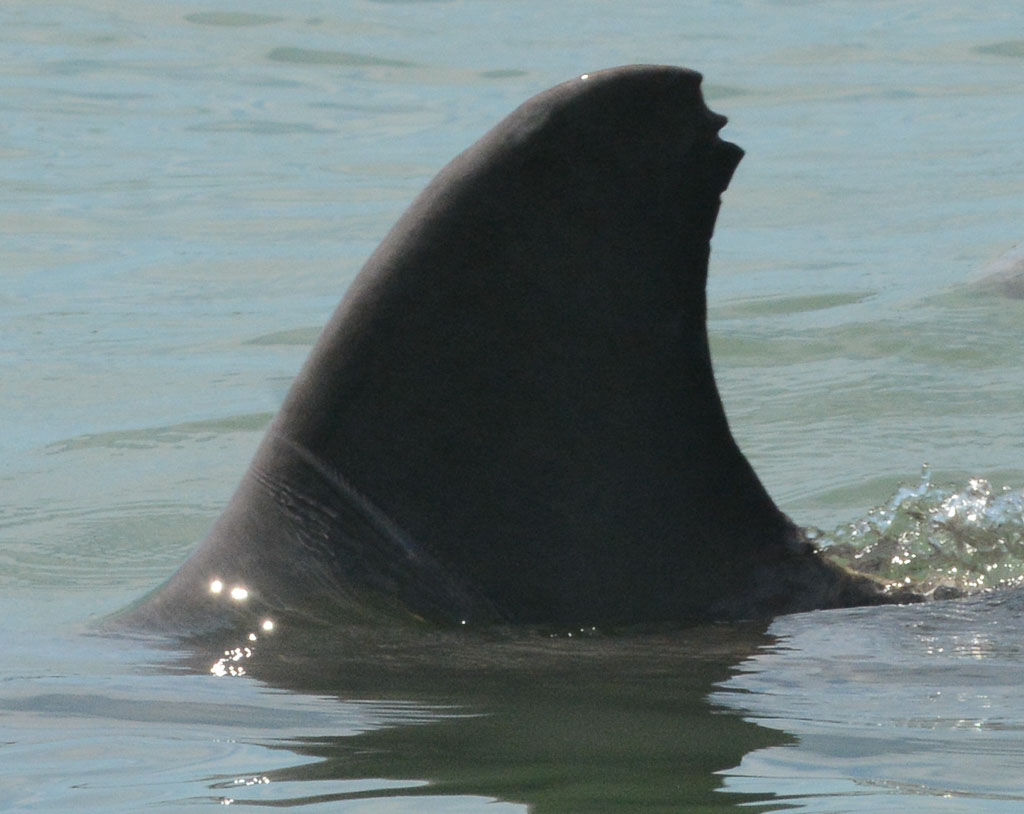 She is fairly representative of the group most of which had never been recorded in either of the other two areas. Moab had appeared in Area One occasionally over the years but it seems that the SS Jolly bridge was the far extant of her range. 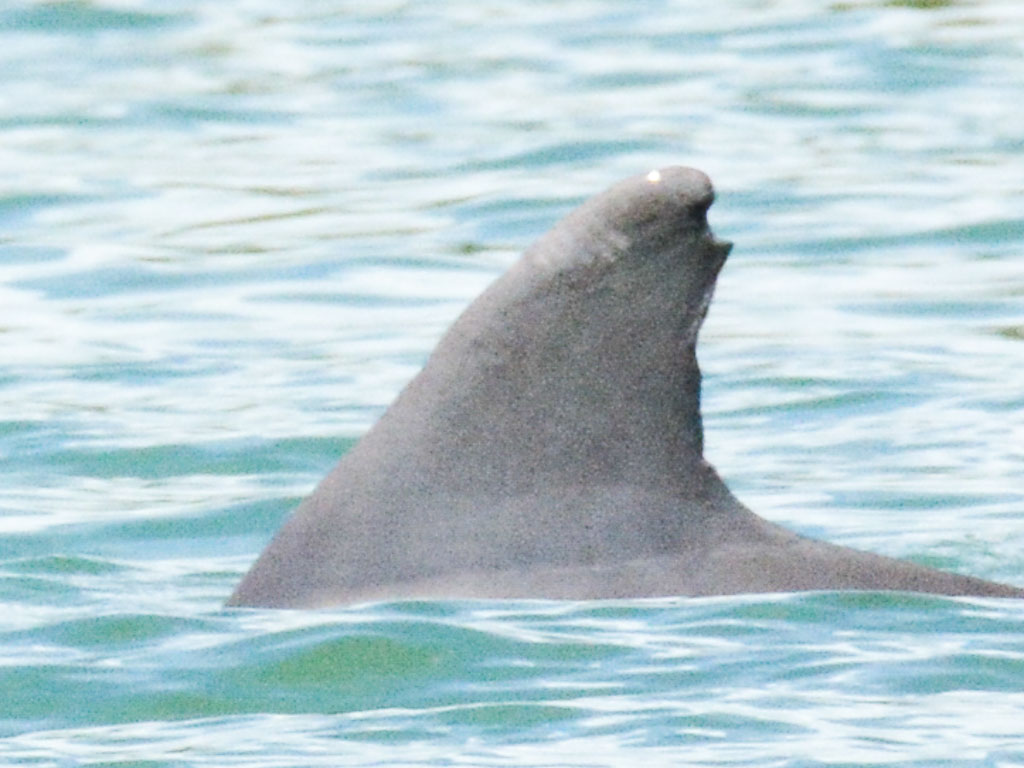 Moab, a Goodland based mother whose range occasionally overlaps a bit with that of the Marco Pass community

When we made our way to the open gulf Sarah spotted a third group of dolphins south of the iconic ‘Dome Homes’ and navigated us within range to get some photos.

I haven’t finished the photo analysis for this sighting but the 9 dolphins that I was able to identify off the bat all have a history of sightings in the near shore waters of the open gulf and only the open gulf. You can visit the sighting history of each of these dolphins here. There you will find that none has ever been recorded within the boundaries of either the Coon Key Pass or The Big Marco Pass community. 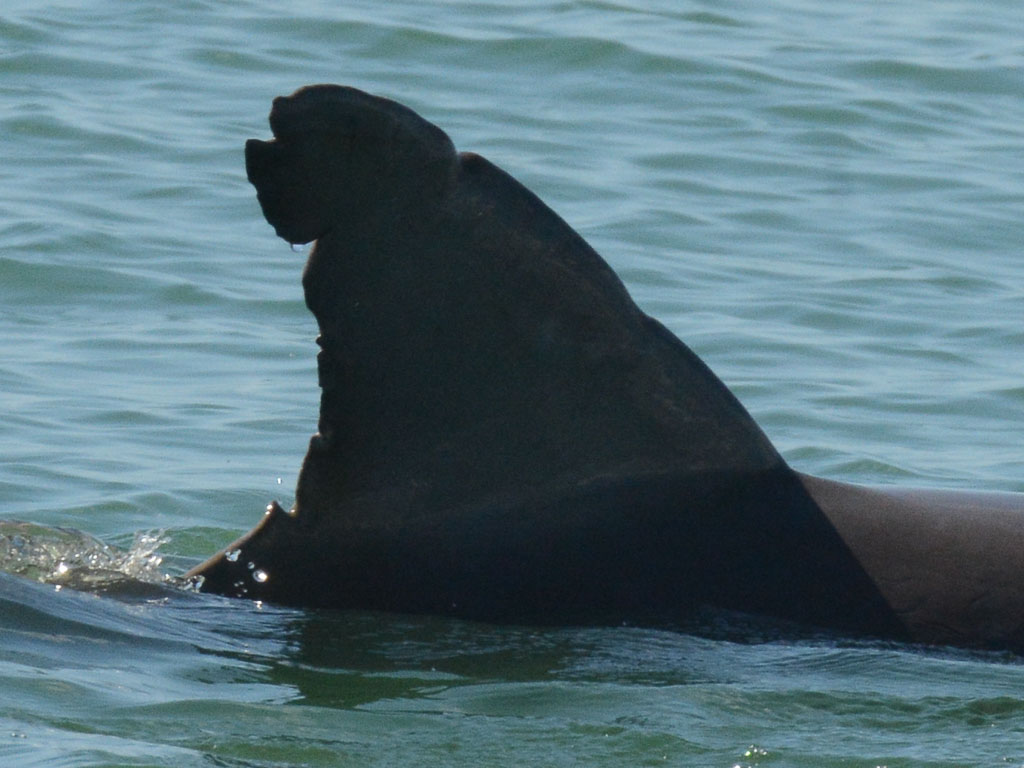 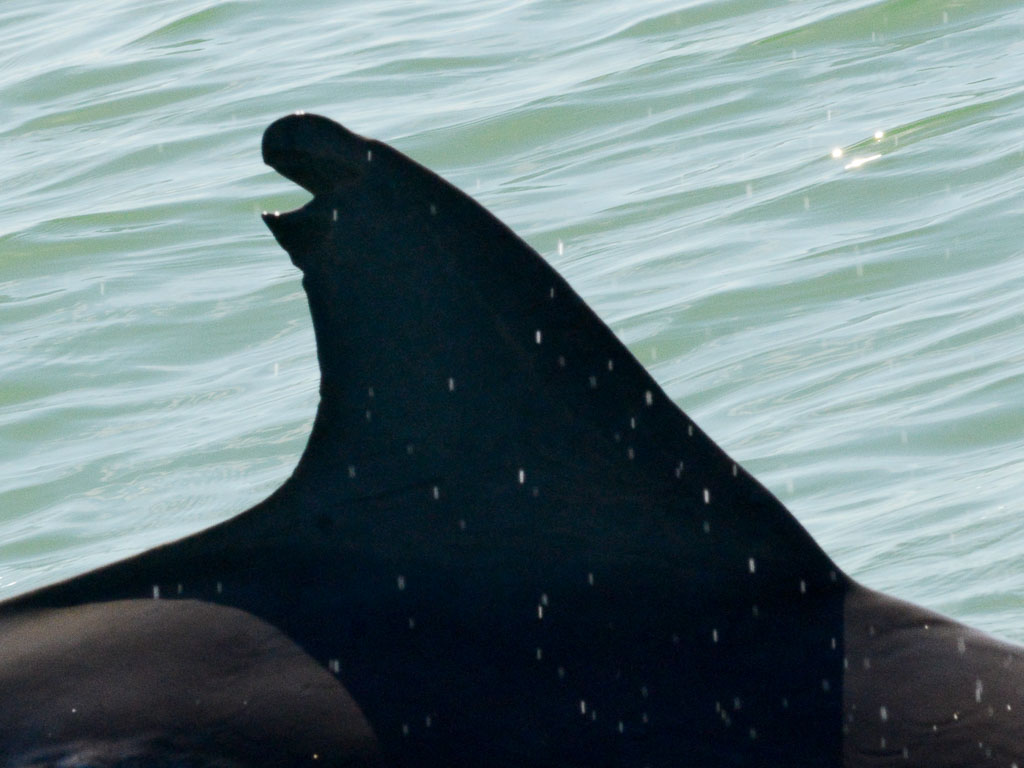 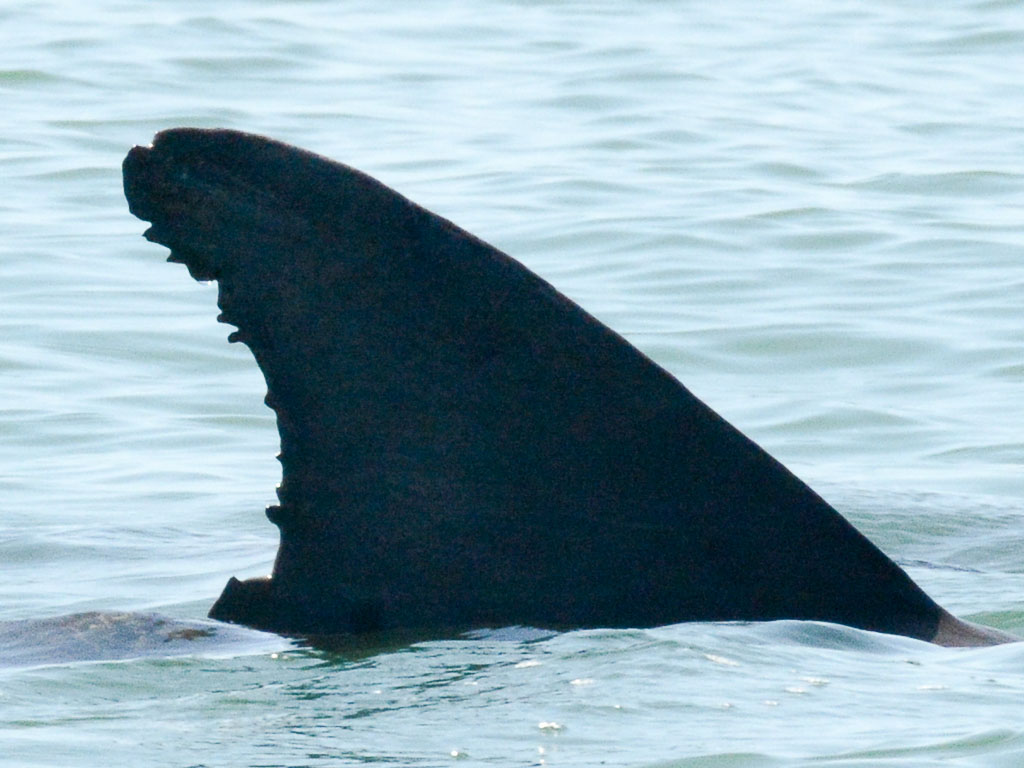 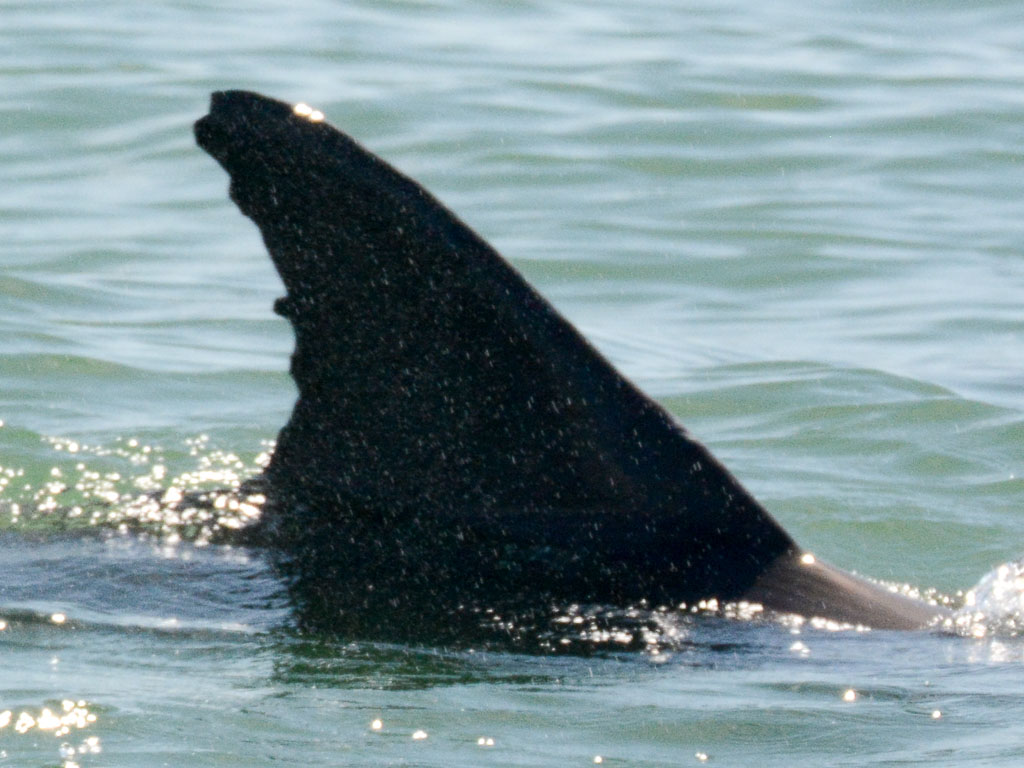 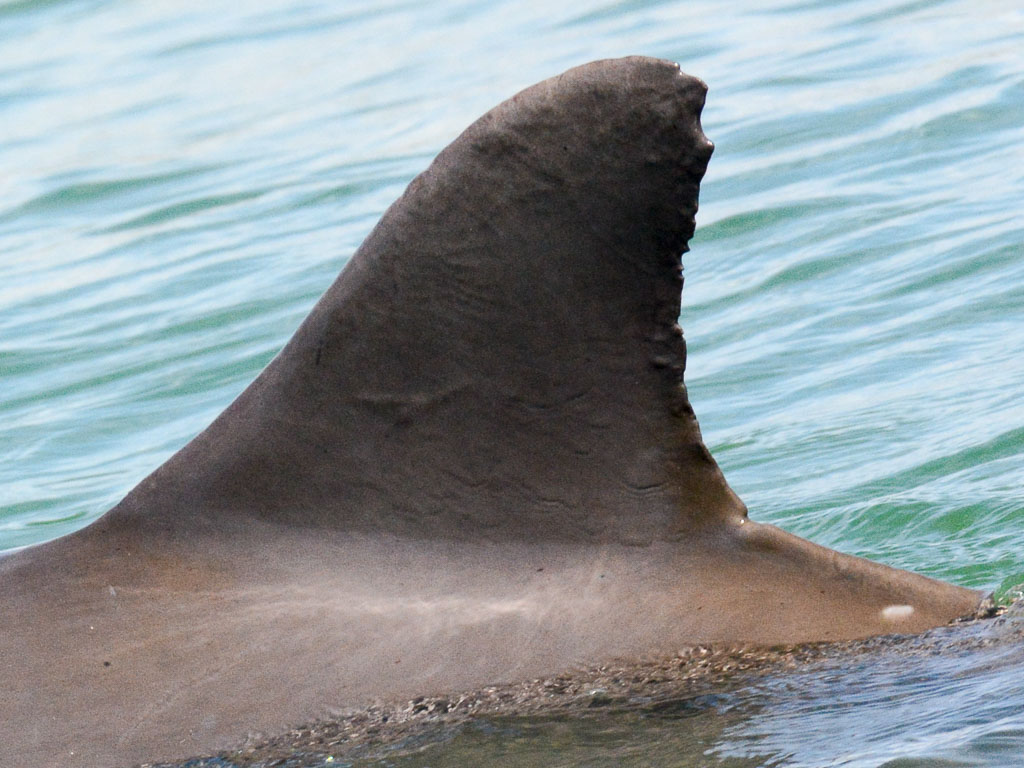 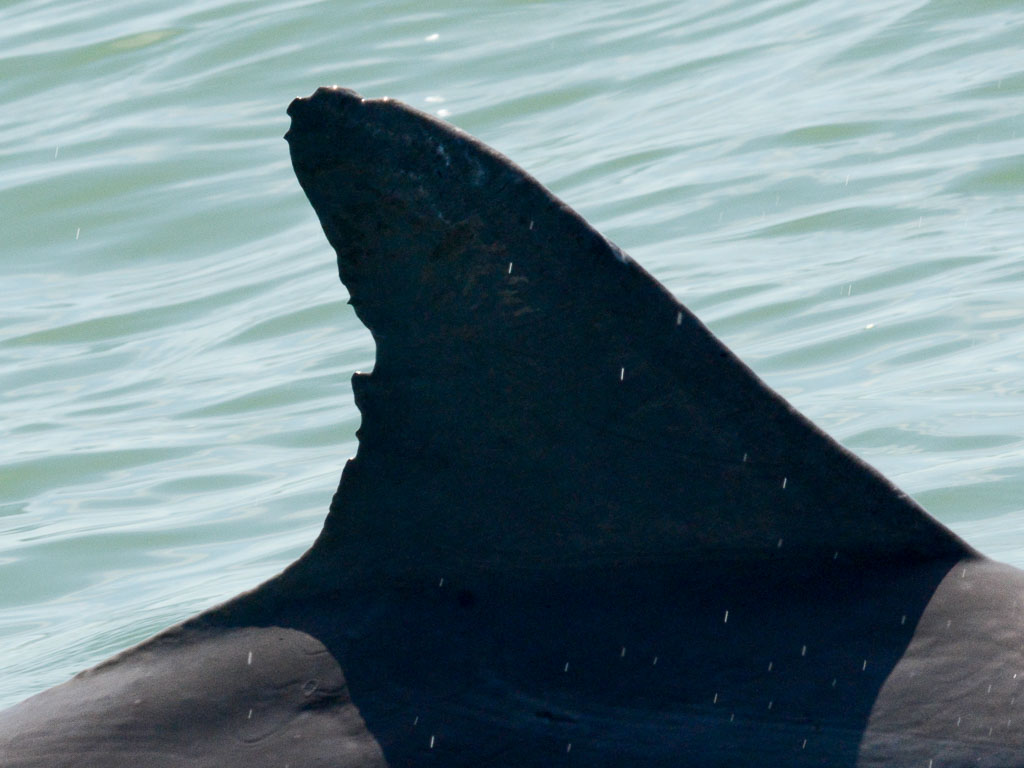 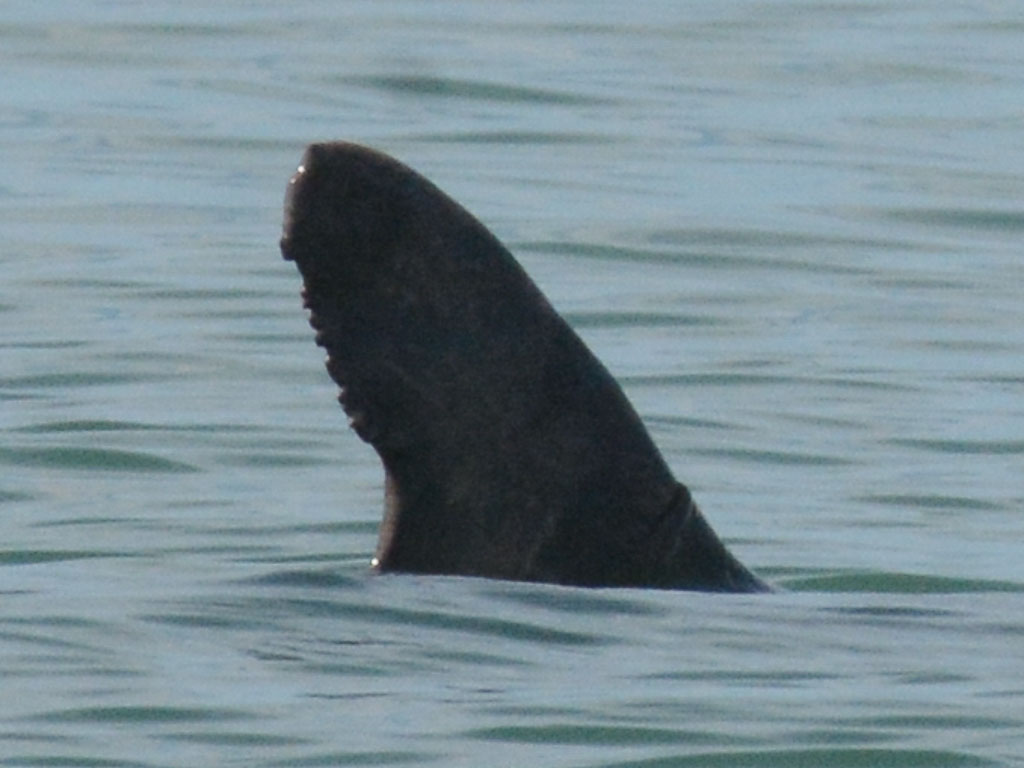 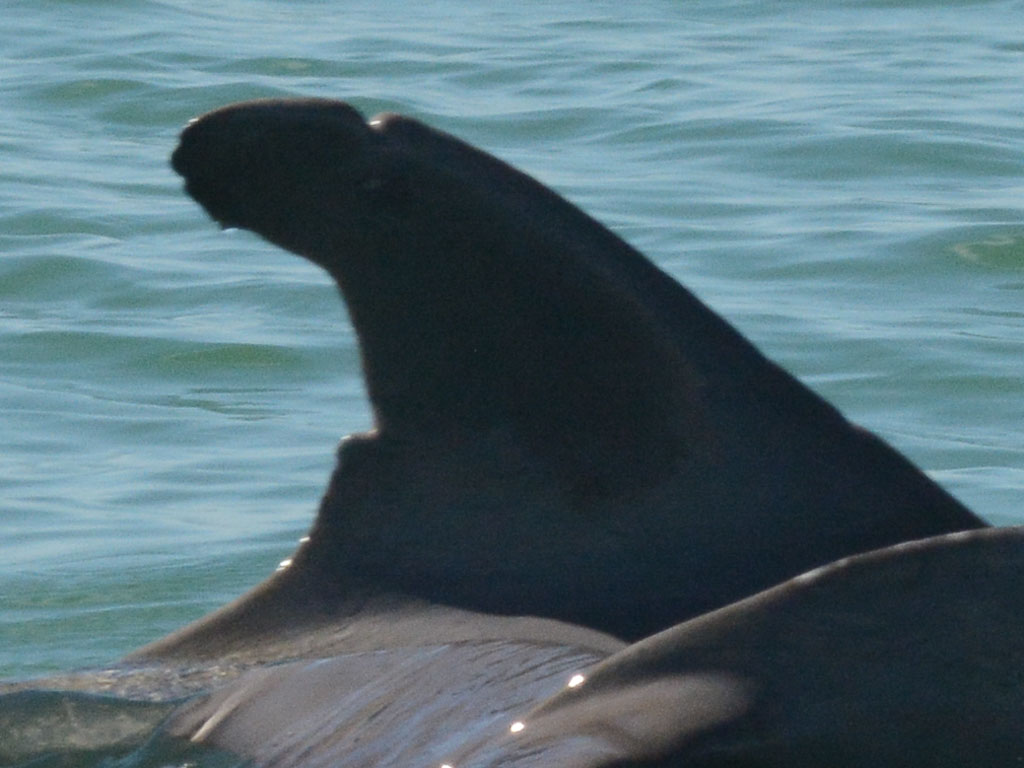 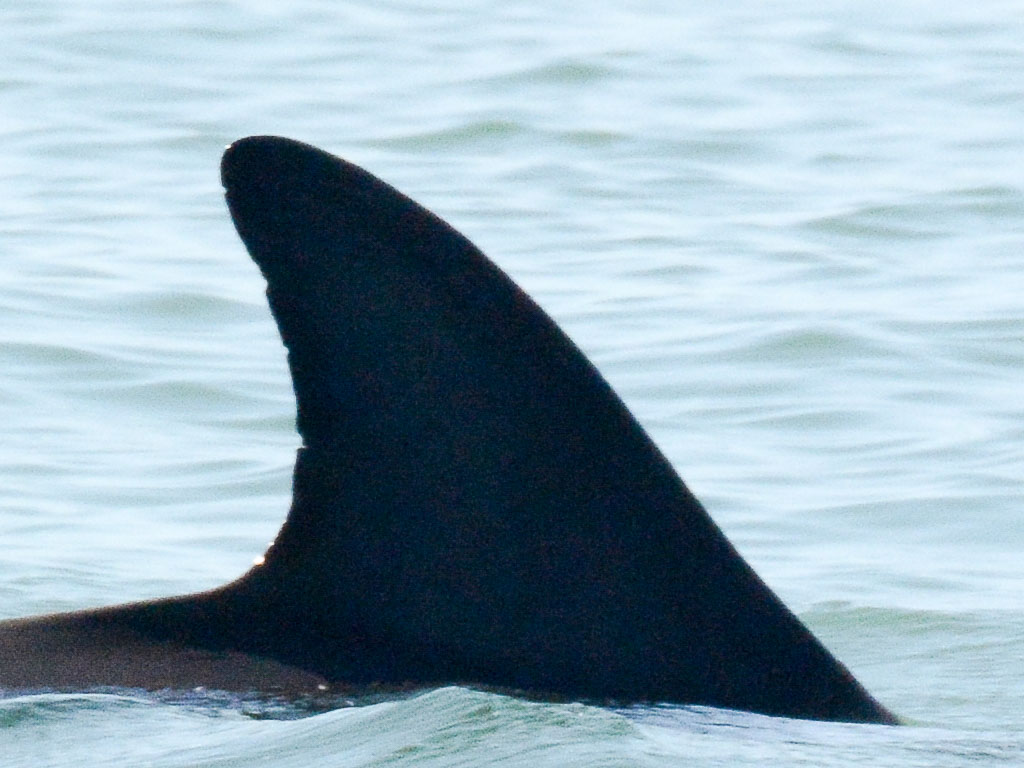 This phenomenon is not unique to Marco Island. Immediately adjacent but distinct communities of bottlenose dolphins occupying the near shore waters of the open gulf or the waters behind barrier islands has previously been documented in Sarasota Florida.

While the insights about Marco Island’s dolphins come from observation, Anna B. Sellas, (University of California, Santa Cruz), Randall Wells (Sarasota Dolphin Research Program) and Patricia E. Rosel were able to demonstrate this phenomenon in Sarasota using DNA analysis. In a 2005 paper they wrote,

“Using mitochondrial DNA and nuclear microsatellite markers, significant population differentiation was detected between Sarasota Bay residents and bottlenose dolphins sampled in nearshore coastal gulf waters. This result is surprising given the short geographical distance between these areas and the lack of obvious geographical barriers to prevent gene flow.” 1

The ‘population differentiation was significant but not complete; the communities are not completely separate. The authors noted,

“a significant amount of male-biased dispersal between the coastal gulf and Sarasota Bay,” confirming research that has shown resident males to have “wider ranging patterns and more frequent interactions with dolphins of neighboring areas than resident females.”

I’ll write about this tendency of some of the area’s males to cross this invisible boundary in a another post or, better yet, you can poke around in the database yourself and see if you can find evidence of this.

Robyn and I conducted two more surveys in the same area in our own boat on the 12th and the 13th. You can see the results of those trips in Trips page. I haven’t entirely finished the photo analysis yet but they appear to follow the same pattern with a few exceptions: three dolphins from the Big Marco Pass Community to the north showed up in sightings. This is to be expected – as I quoted Dr. Randall Wells in The Distribution of Dolphins in Southwest Florida there is a mosaic of overlapping communities along the coast of Florida. In this case the range of a pair of males pair of males (Captain Jack and Trixie) encompasses both areas and they had been recorded in Goodland as far back as 2012. An adult female named Rangle was also seen (with a new calf!)

Finally, as we are in the exciting stage of filling out the Goodland and Open Gulf catalogues, a lot of dolphins new to The Dolphin Study were added during this survey. In honor of the contribution of our hosts, Captain Sarah and Eco Endeavors, we named three new dolphins referencing them – Endeavor; Tiger Lily, the name of one of their boats and Indiana – That’s where Sarah is from; also she named a dog that. 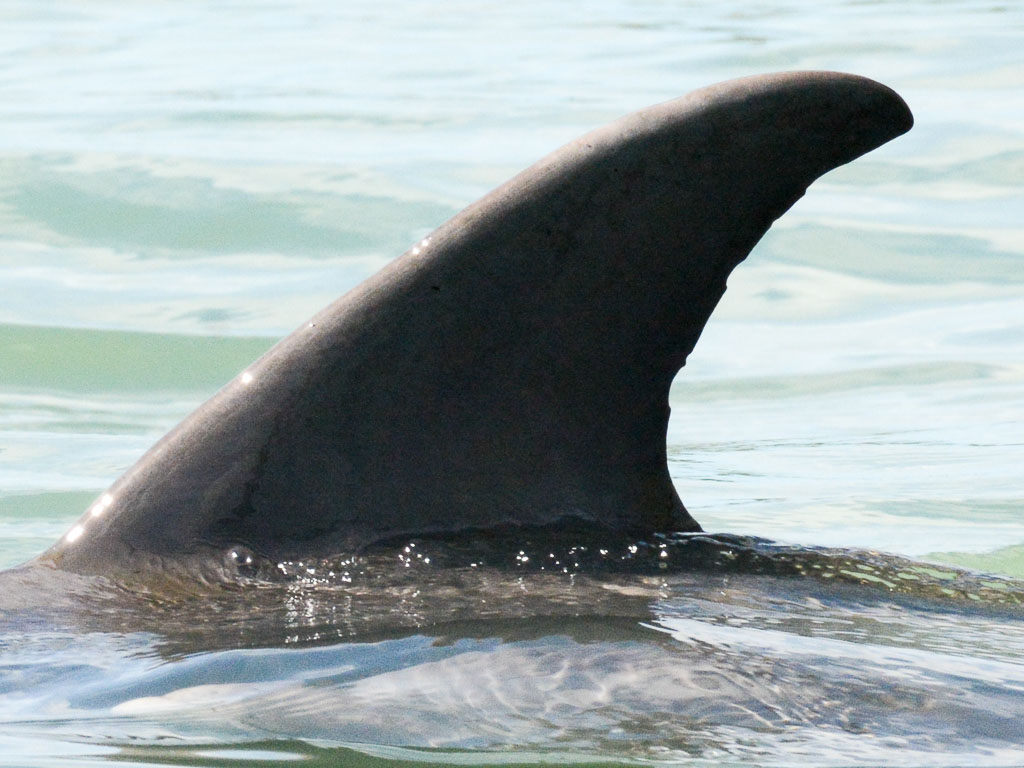 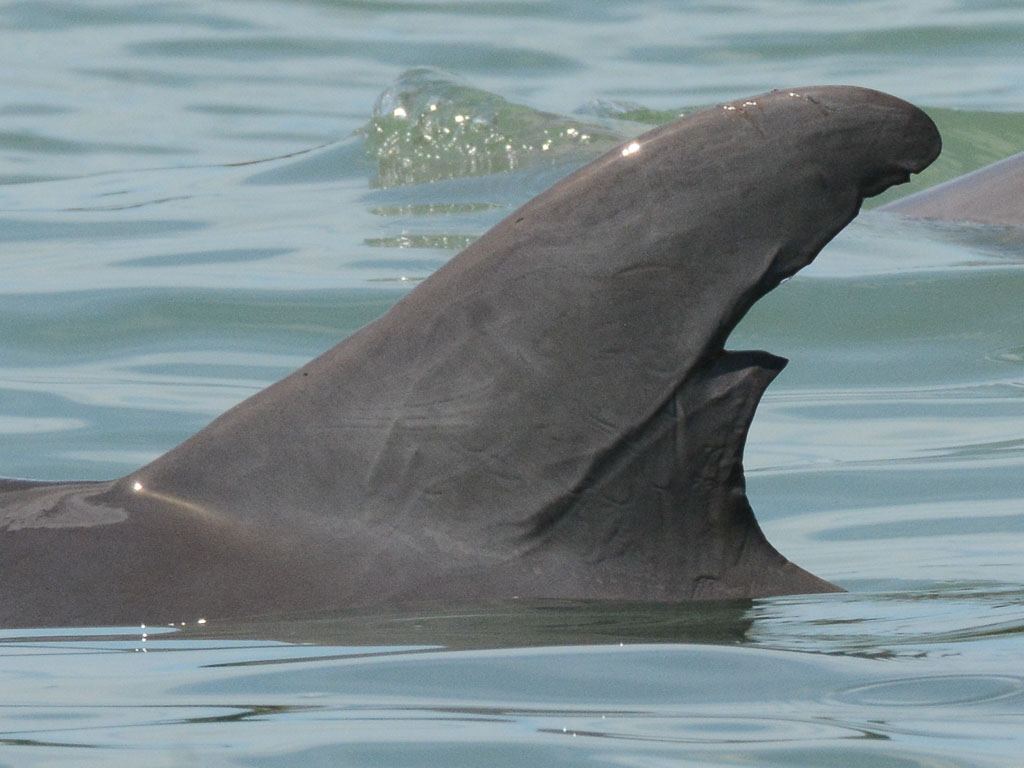 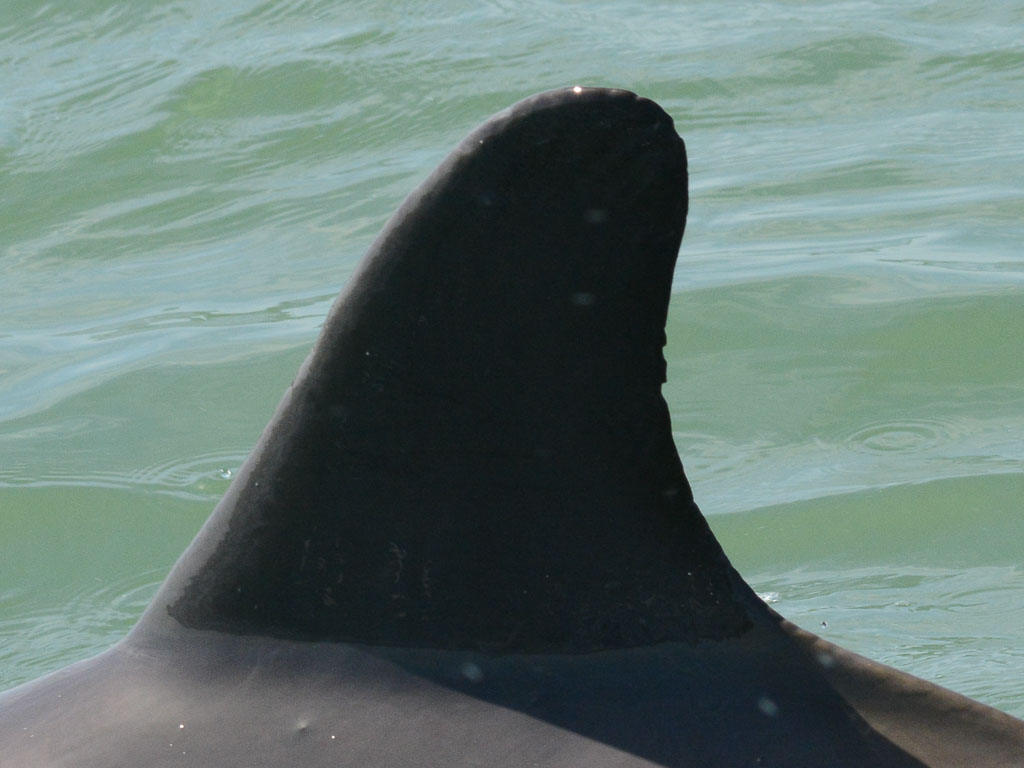